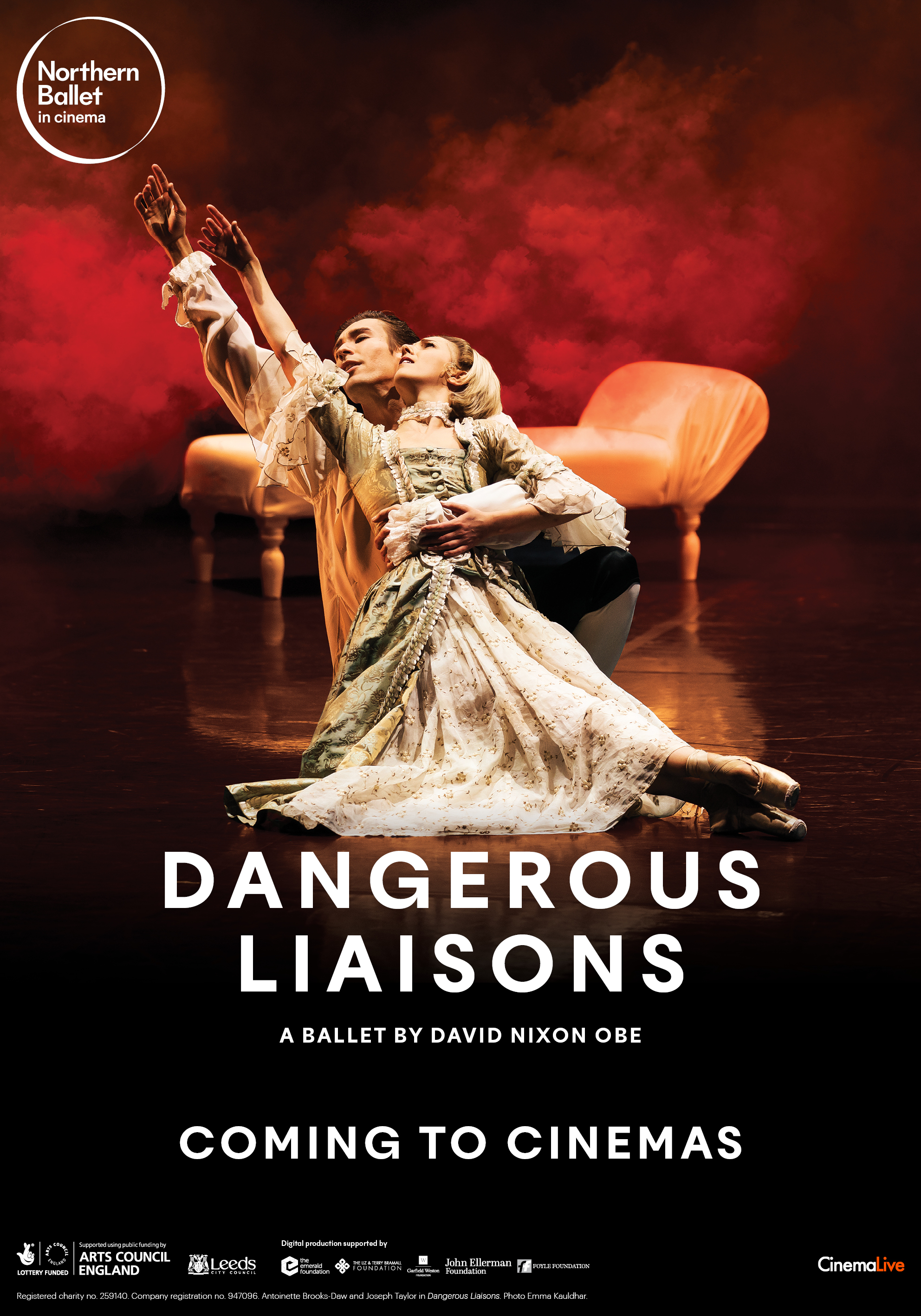 Two bored aristocrats spin a web of heartbreak in 18th century France. It may seem like a game, but lives will be ruined and love irrevocably lost.

Northern Ballet’s bodice-ripping retelling of Dangerous Liaisons is performed and filmed by their incredible dancers in a cinema first that pulls you into their stage.

Set to Vivaldi’s The Four Seasons, you’ll feel every heartbeat of this scintillatingly scandalous ballet.

All eventually goes to plan. Valmont agrees to deliver letters secretly between Danceny and Cécile but uses it as an opportunity to take Cécile through force. Madame de Tourvel succumbs to Valmont’s charms and falls madly in love with him, becoming his lover despite her principles. Finally, the Marquise takes Danceny as the latest in her string of amusements and pleasures.

However, when the Marquise receives Valmont’s triumphant letter describing his lovemaking and feelings for Madame de Tourvel, she becomes inflamed with jealousy. Coming to collect his reward, the Marquise mocks Valmont for being in love, telling him his only chance of claiming her as his prize, is to give up Madame de Tourvel.

Giving into his pride, Valmont breaks off his relationship with Madame de Tourvel, knowing it will destroy her. In an emotional rage he returns to the Marquise to demand his reward and discovers Danceny is her new lover. Valmont convinces Danceny to return to his true love Cécile but still, an outraged Marquise refuses to give Valmont the reward she promised and instead declares war upon him.

The Marquise reveals Valmont and Cécile’s relationship to Danceny who, in a fit of rage, challenges Valmont to a duel. Emotionally tired and in realisation of the evils of his life, Valmont allows himself to be killed but, before dying, gives Danceny the Marquise’s correspondence.