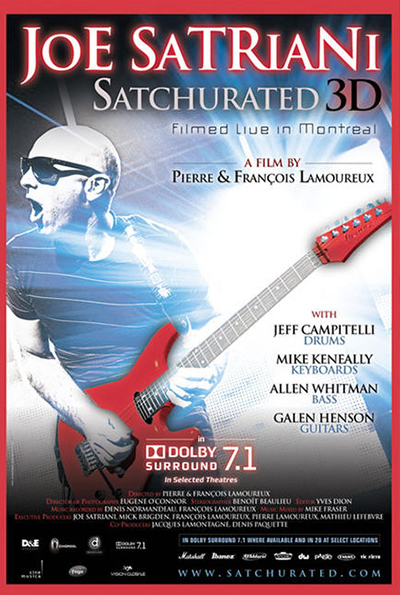 Satchurated: Live in Montreal is a concert film featuring the amazing talents of world-renowned guitar virtuoso, Joe Satriani in 3D with 7.1 Dolby Digital sound. The concert was filmed live in Montreal, Canada in December of 2010 during Satriani’s The Wormhole Tour, supporting his studio album Black Swans and Wormhole Wizards.

Captured expertly by GRAMMY and EMMY award-winning filmmakers Pierre and Francois Lamoureux, Satchurated captures Satriani at his searing best, with every chord documented by ten 2D and 3D high definition cameras. Aussie fans were delighted in the opportunity to catch this spectacular preview of the master at work ahead of his visit to Australia as the headliner and creator of the G3 concert series.