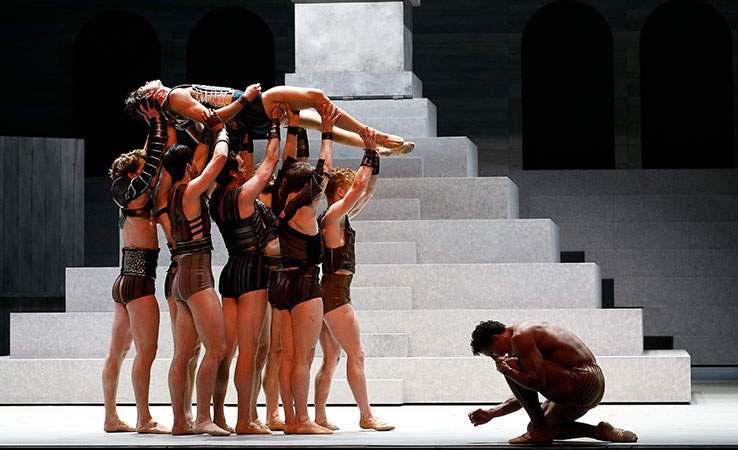 5 Examples Of Gladiators On Screen

These fierce warriors have been seen on our screens for many years, people drawn to the brutal nature of Gladiator fights in Ancient Roman times. Some get it right, some use the age old myths that have been told through the years of the blood-hungry Romans enjoying a fight to the death. With Spartacus from Australian Ballet soon to hit the big screen, we looked at different portrayals of Gladiators on screen. So grab your toga and get your thumb ready to explore the different manifestations we have seen.

This will be the first film that comes to mind, with Russell Crowe’s hero Maximus seeking revenge from the Gladiator pit. Sold to slavery after the brutal murder of his wife and son, the former Roman General puts his fighting skills to the test, even dispatching a few tigers in the ring. With Joaquin Phoenix expertly playing the villainous Emperor Commodus, and a beautiful score by Hans Zimmer, this film was worthy of its 5 Oscar wins.

Slave-turned Gladiator Milo (played by Game of Thrones star Kit Harington) finds himself in a race against time to save his true love from the imminent explosion of Mount Vesuvius.  He fights his way out of the arena as the volcano erupts with blazing lava, with the magnificent city crumbling around him. Sadly as we all know the tragedy that happened back in 79 A.D, the ending is no surprise. However, seeing Jon Snow playing a sword-wielding gladiator was always a treat!

Starring Charlton Heston, Ben Hur had a groundbreaking budget for its day at $15.175 million, with the largest sets ever built for that time.  Ben Hur is betrayed and sent into slavery by a Roman friend, he eventually regains his freedom and comes back for revenge. Famous scenes include the nine-minute chariot race and the sea battle filmed in a huge tank. This film included 200 camels, 2500 horses and over 10,000 extras – that is a lot of mouths to feed!

Spartacus was a Thracian gladiator, one of the many slaves involved in the uprising against the Roman Empire. He was an accomplished military leader, and the film is known for its famous scene where his comrades refuse to identify him, all declaring, “ I am Spartacus”. With Hollywood greats such as Kirk Douglas and Sir Laurence Olivier, the film won four Oscars and is firmly ensconced as a classic Gladiator film. We eagerly await to see how the Australian Ballet portray this heroic story!

Last (but definitely not least) we have the famous UK TV show – Gladiators. Albeit not particularly Roman, this was a much loved TV contest which saw civilians battle against the team of “Gladiators’ in Birmingham arena. Such tasks involved climbing walls, hanging off ropes and pummelling each other off platforms - it was world-class entertainment. And who can forget booing when the most hated Gladiator, Wolf, came out to wind up the crowd?