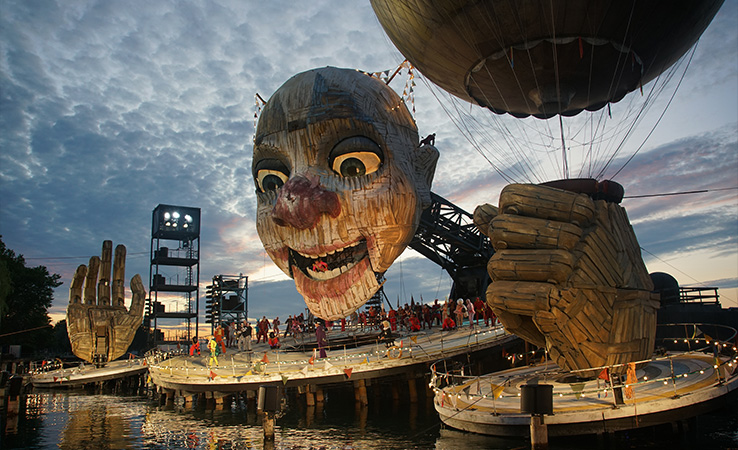 There’s nothing quite like the spectacular Bregenz Festival and its wonderfully creative stage designs. Every year, the Austrian shore of Lake Constance is home to this fabulous annual event – which origins can be traced back as far as 1946!

With their possibly most ambitious stage design coming to live for Rigoletto this summer – and hitting our cinema screens on 17 September – we take our pick of our favourite Bregenz Festival stages to date.

It’s alive! Well, not quite, but it sure looks like it. The giant mechanical clown that hugs this year’s lake stage moves all the way throughout the production, reacting to and often mirroring what’s happening in the story. The centre-stage enormous head is fixed on a massive crane that can lift, lower or move it in any direction- and yes, everything else can move too: the enormous hands, the eyes, and the mouth which at one point swallows the actors.

And if that wasn’t enough, there’s also a genuine huge hot air balloon being held by one of the hands – that brings Rigoletto’s daughter Gilda up at one point!