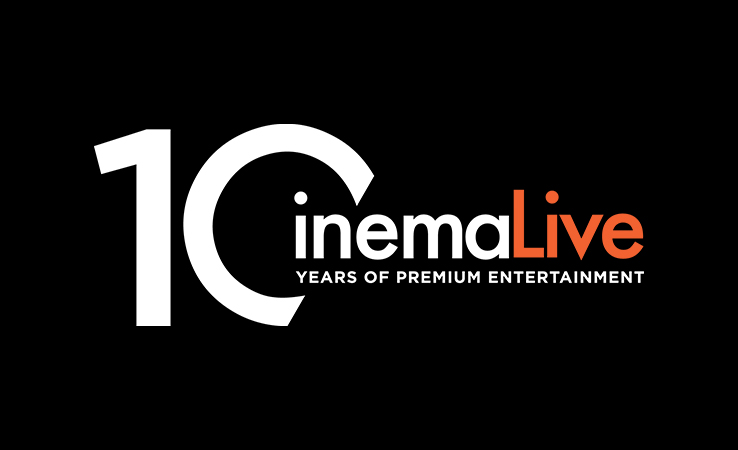 It all started in Australia in 2008, at a time when digital technology had only just begun taking over cinemas all around the globe. While the most hardcore movie theatre fans wept over 35mm film reels, others appreciated the vibrant colours, razor sharp image quality and superior, immersive sound.

2 fans of these new technological advancements immediately knew how they wanted to use them. Janelle Mason and Peter Skillman saw the potential of broadcasting music and theatre events into cinemas, enhancing fans’ experience and bringing affordable entertainment to those who otherwise wouldn’t be able to see their idols perform live. Between them, Janelle and Peter already had experience in production, entertainment, cinema marketing and digital delivery – so putting all their expertise together to shoot live events and broadcast them via satellite all around the country seemed like a no-brainer.

The response was so overwhelming, that in 2009 CinemaLive started introducing the event cinema concept internationally. That’s when they realised – it was already slowly blooming in several other territories, and as the UK proved to be one of the most fertile grounds, in 2011 the company’s headquarters were moved to London.

Since those very early beginnings in 2008, CinemaLive has released over 60 productions – from The Wiggles to Take That, André Rieu to Shakespeare’s Globe, Fatboy Slim to The Australian Ballet. Some highlights included the 20th anniversary of Nirvana’s Nevermind release, Live at the Paramount, a live broadcast of The Grateful Dead’s last concert ever, a record-breaking André Rieu’s Christmas with André live event (still the highest grossing music event at the UK & Irish box office), and last but not least, 2017’s Take That: Wonderland Live from the O2 – the highest grossing live cinematic music event in the UK & Ireland.

There’s always been a worry from the side of theatres and music managers that event cinema, or alternative content as it is sometimes described, would lead to decreased sales for live productions. These worries have been put to bed over the years as it is well documented that cinema screenings actually helped introduce new audiences to various companies, bands, venues and even genres. Event cinema does not put people off live theatre and concerts – far from it. A great example can be seen in such artists as André Rieu – whose popularity only grew since he joined the event cinema scene in 2009, and whose success is now comparable to some of the biggest pop acts in the world.

While concerts, theatre, opera, ballet and sports can now be widely enjoyed on TV and streaming services, there’s still nothing quite like a cinema event. ‘The cinema experience with its big screen, superior sound and comfortable seating offers multi-camera coverage of the show that gives the audience a different experience’, says Janelle. Plus, our customers love to point out how convenient it is for them to access these events at their local cinema, how grateful they are to be able to see the show that’s been sold out for months, and how much they enjoy seeing every little detail on the big screen – from a tiny feather on a ballerina’s costume to a single tear running down an actor’s cheek. Some fans even attend both the cinema event, and the live experience on another date – and enjoy each on a different level.

Celebrating 10 years of bringing premium entertainment to a cinema near you, we hope we also managed to bring some fun, excitement, strong emotions and great memories into your lives.   Words cannot express how much we appreciate and cherish every positive comment, every ‘like’, every suggestion you give us. Fans are at the heart of everything we do, and we hope to continue to bring you exceptional music, opera, ballet, theatre and other thrilling content for many years to come.