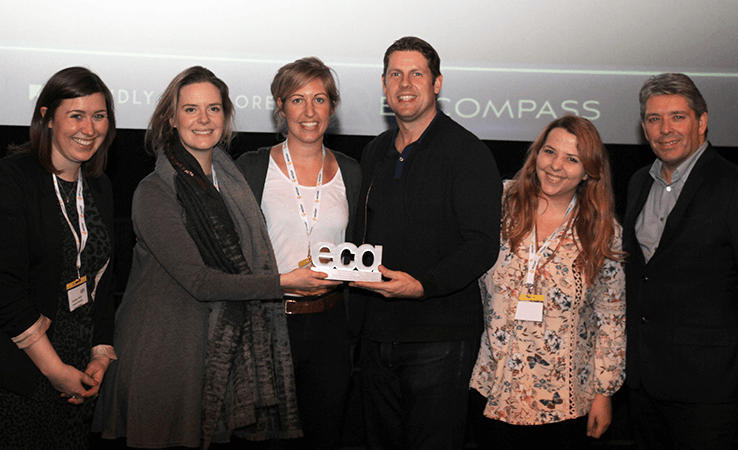 On Thursday 17 January, our team attended Event Cinema Association’s Slate Day – an event that not only gives us all a glimpse of the amazing events coming our way in 2019 and beyond, but also a great opportunity to look back and celebrate everything we’ve managed to achieve in 2018 as an industry.

Here are some of our takeaways from this year’s Slate Day:

1. The keynote speech from Brian Message was a perfect opening for the day – we talk a lot about our industry from the point of view of distributors and exhibitors alike, and this time it was great to hear the perspective of an Artist Manager. One thing that stuck with me in particular was Brian’s take on how Nick Cave’s event ‘One More Time with Feeling’ in 2016 helped fans get a deeper understanding of Nick Cave and the Bad Seeds’ upcoming album, Skeleton Tree.

2. It’s been a huge year for event cinema. Luke from Comscore gave a fascinating presentation on the box office stats for 2018 – pointing out that this was the first year that the event cinema box office reached £40mln (that’s including Secret Cinema) in the UK & Ireland. Theatre proved to be the dominating genre once again, accounting for over 31% of box office, although 2 of the top 3 events for the year came from music. Top 3 events in the UK & Ireland were: André Rieu’s 2018 Maastricht concert, The King & I from London Palladium and Cliff Richard Live: 60th Anniversary Tour.

3. 2019 has already started out with a bang for event cinema – André Rieu’s New Year concert broke new records in the industry, and we’ve got kpop giants BTS releasing their concert film from Seoul this weekend, which promises to be another smash hit. Could this be the biggest January in event cinema history at the UK & Irish box office? Perhaps globally, too?

4. There’s plenty to look forward to in 2019 – the slate presentations given on the day have shown a variety of content already confirmed, but we distributors know that some of the most exciting events are yet to be announced. Meanwhile arts lovers will rejoice at the huge amount of productions based around the lives and works of some of the most influential artists in history, jazz fans will find a few intriguing titles to watch and esports enthusiasts will have more than one opportunity to meet up with fellow gamers and cheer their favourite teams on to victory.

But my personal favourite event presented on the day was a Ron Howard documentary on the life of Luciano Pavarotti. The clips we’ve been very lucky to see have shown the opera giant as not only a massively talented artist, but perhaps more importantly as a charming, sweet and modest person with a fascinating story - and I can’t wait to see more.

5. And last but certainly not least – the ECA awards! Recognition went to the highest grossing box office events in each genre category as well as to two stand-out events that the ECA board felt deserved special recognition. We were over the moon to receive a Highly Commended Event of 2018 award for Cliff Richard Live: 60th Anniversary Tour alongside More2Screen for their fantastic event Everybody’s Talking About Jamie. Managing Director Gráinne Peat (who did an excellent job with her first ECA event) presented the awards to the worthy winners and we were delighted to be among them.

Congratulations to all winners, and thank you ECA for this recognition! Here’s to another wonderful year for event cinema, and we hope to see you at the next fabulous event.