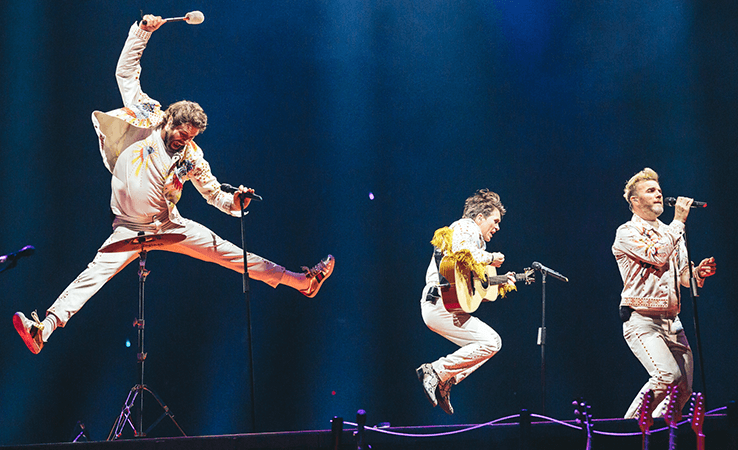 The most recent event that comes to mind is Cliff Richard Live: 60th Anniversary concert. Broadcast LIVE from Manchester’s Bridgewater Hall to audiences in cinemas all around the UK, Ireland and Europe, featuring a selection of his greatest hits across six decades. It was also screened at a later date to fans in Australia and New Zealand, as well as Canada - who's still showing more encores on 23 November!  With 103 album releases, 123 single hits and the equivalent of 20 years spent in the UK charts, it only makes sense to celebrate 60 years of music with a concert accessible to every single Cliff Richard fan!

Take That: Wonderland Live from the O2