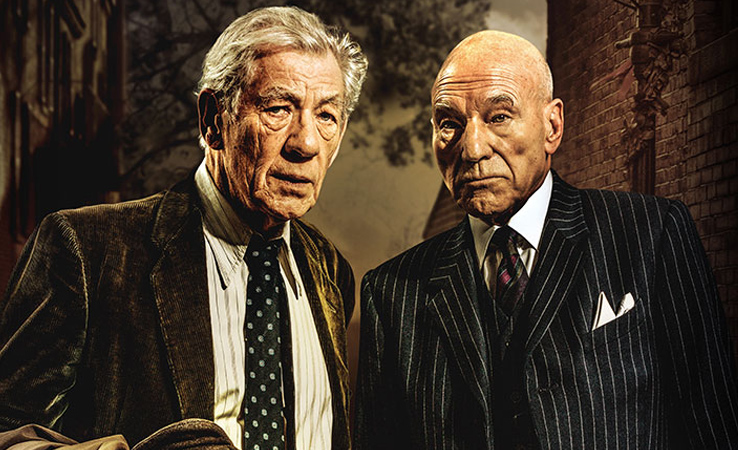 When it comes to event cinema, big names mean bigger box office and it doesn’t come much bigger than casting a bona fide movie-star in the lead role.

We've picked our top five alternative content productions for which a big name star paid off!

With starring roles in Sherlock, Star Trek: Into Darkness and The Imitation Game under his belt, Benedict Cumberbatch was bound to draw an audience when he played the titular role in Shakespeare’s Hamlet. Time Out said it was ‘One of the most visually and atmospherically stunning productions of anything, ever.’ First screened in cinemas in 2015, Hamlet was the highest grossing event cinema opening of that year, and with additional encores it passed the £3 million mark at the UK box office. Since then, Cumberbatch’s domination of the Marvel Universe has seen his star rise even higher. With screenings still running three years’ later, this production of Hamlet has been seen on the big screen by an incredible 750,000 people worldwide.

There is little that Dame Judi Dench touches that doesn’t turn to gold - add to that the directorial mastery of Kenneth Branagh (who also co-stars) and you have an event cinema dream. Dench, one of Britain’s most beloved actors played the role of Paulina in this production of The Winter's Tale and was the face of its extensive marketing campaign.  It certainly did the trick. On the night of the live broadcast, The Winter’s Tale topped the UK Box Office Charts grossing £1.1 million from 520 cinemas across the UK, beating The Hunger Games: Mockingjay, Part 2 to claim the top spot. 1300 cinemas worldwide released the event a few days later. Branagh said of the cinema release: "To be able to celebrate our production of The Winter’s Tale with cinema audiences is a true privilege.” The Winter’s Tale will be back to cinema screens for the 2018 festive season.

Tennessee Williams’ twentieth century masterpiece Cat on a Hot Tin Roof was screened in cinemas in February 2018, following a limited season in London’s West End. The all-star cast was led by Sienna Miller and Jack O’Connell as Brick and Maggie, the husband and wife whose problematic marriage is plagued by secrets and sexual tensions. The screening was the fourth collaboration between the Young Vic and National Theatre Live and was seen in 700 cinemas in the UK and over 60 countries internationally. The Independent declared it 'a brilliant, lacerating account of the play...unforgettable'. The chemistry between the two leads sizzled on screen and the high-profile pairing drew in a solid event cinema audience.

Richard Armitage in The Crucible (CinemaLive)

Having made his name in Spooks, Captain America: The First Avenger and Peter Jackson’s The Hobbit Trilogy, Richard Armitage took on the role of the Puritan tragic hero John Proctor in Arthur Miller’s The Crucible. Screened in over 350 cinemas in the UK and Ireland in December 2014, The Crucible had opened to five-star acclaim during its run at The Old Vic. Captured over three nights with six camera positions and a top shot looking down at the stage, Armitage said the only tricky element was trying to hide his mike cable from the cameras – they ended up having to tape it down his side. International cinema screenings followed, as well as domestic encores which more than doubled the impressive box office results.

Ian McKellen and Patrick Stewart were reunited on stage after their triumph in Waiting for Godot in 2009 for Harold Pinter’s comic classic No Man’s Land in 2016. The production began on Broadway before transferring to the West End three years later, and was simultaneously broadcast into cinemas. Playing two ageing writers who meet in a Hampstead pub and become increasingly inebriated, McKellen and Stewart proved very popular with event cinema audiences and critics alike. Time Out claimed it to be ‘two of the greatest actors ever born in one of the greatest plays ever written.’ The broadcast was followed by an exclusive Q&A with the cast and director Sean Mathias, adding additional content for cinema goers.