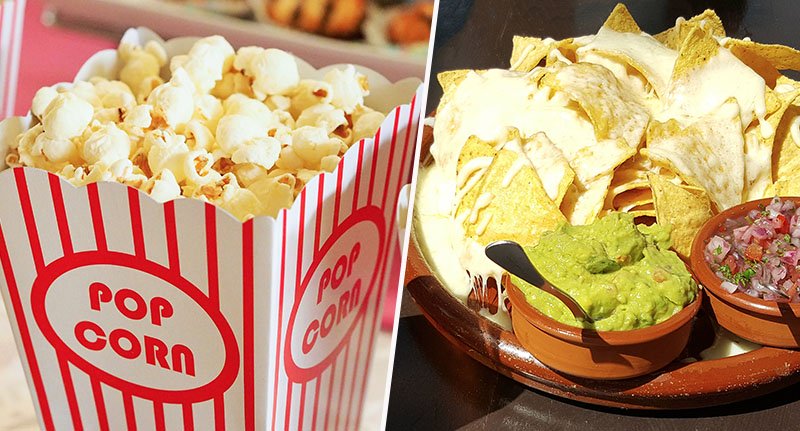 Unusual Cinema Snacks from Around the World

Cinema snacks can be a delicious accompaniment to the latest blockbuster, but it's not just popcorn and icecream audiences are munching on in big screens across the globe. Let's take a look at some of the more unusual nibbles available on concession stands...

Japan are known for their love of seafood, so much so that many of their cinemas sell Iwashi Senbei, packets of small baked fish (bones included) seasoned with soy and sugar.

The Dutch just can't get enough of licorice, they have the highest consumption per person in the world. Drop, as it's called in Dutch, is a concession staple. It comes in comes in many variants: hard and salty, soft and sweet, soft and salty or hard and sweet.

Tom yum is a spicy, fragrant soup made with lemongrass, Kaffir lime, fish sauce, and citrusy galangal and is hugely common dish in Thailand. It’s so popular that cinemas sell tom yum-flavoured popcorn. Forget sweet or salty, tom yum is where it's at for Thai audiences.

In Columbia, eating ants is just as common as eating peanuts. The ants are roasted and salted and sold in convenience stores, supermarkets and of course at the cinema. In the dark you'd never know!

And finally, perhaps the weirdest cinema snack of them all...Popcorn mixed with M&Ms. It's salty and sweet, chocolatey and savoury and far too confusing for the taste buds. Although it's not officially sold as a combo, crazy cinema audiences around the world are mixing this madness and loving it!!