André Rieu: Christmas with André is a 130 minute festive celebration, featuring a never before seen 90 minute recorded Christmas concert packed with all the favourites including Hallelujah, Jingle Bells, White Christmas & many more performed by André and his famous Johann Strauss Orchestra along with his sopranos and tenors.

As an exclusive for cinema audiences, André invited his fans to his hometown for a live intimate tour of Maastricht's magical Christmas highlights, as well as participated in a Q&A with CinemaLive host Charlotte Hawkins where ‘The King of Waltz’ answered questions submitted by cinema audiences from all around the world.

After the tour, audiences were treated to a 90 minute never before seen concert from André's 2015 December tour in London - a truly festive musical treat! 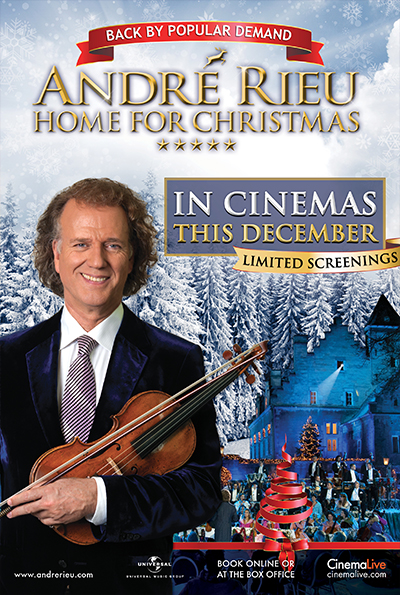