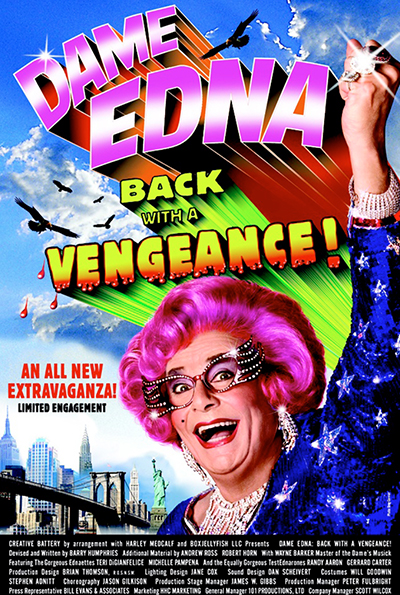 Dame Edna: Back with a Vengeance!

For the first time ever, Dame Edna wows cinema audiences with her fantastic show. 'Back With A Vengeance' was captured LIVE, with superior sound and vision from Sydneys Capitol Theatre.

Dame Edna is arguably the most famous female face of the Australian nation - her intelligence, wit and poise is envied around the world. She's the consummate performer, having entertained everyone from the Royal Family to Broadway and now for the first time ever, cinema audiences on Mother's Day 2009.