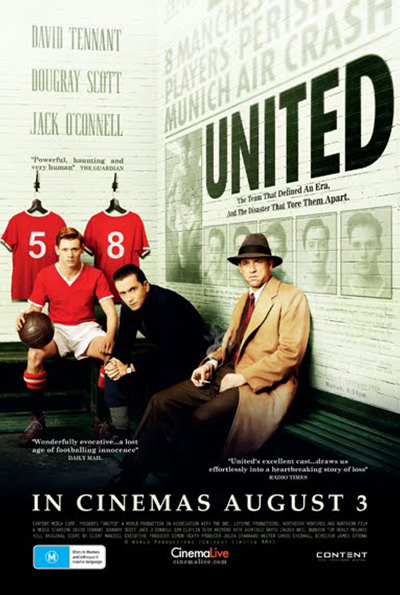 United is the fascinating story of the Busby Babes, the youngest team ever to win the English league. Starring Jack O'Connell, David Tennant and Dougray Scott.

This legendary Manchester United team put the world at its feet, until the tragic crash at Munich Airport in 1958. An entire football world mourned, but the extraordinarily rapid construction of a new law gave the city of Manchester and its supporters new hope.