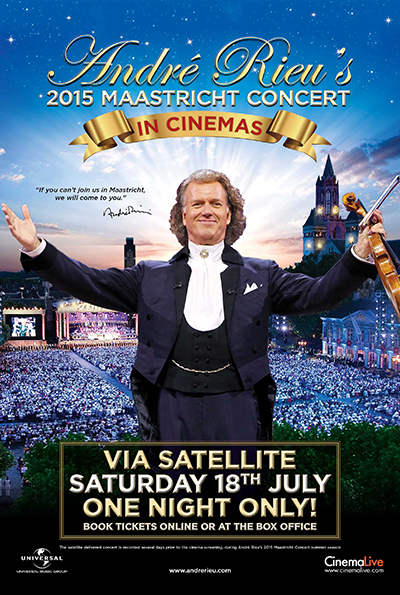 Audience’s emotions soared during one of the most extraordinary concerts of the year as the maestro put on a magnificent spectacle during this very special annual event. As always, André was joined by his famous Johann Strauss Orchestra, his sopranos, tenors and some very special guests.

One of the most popular live acts in the world, the 'King of Waltz' worked his magic to present an unforgettable evening full of humour, music and emotion for every age. André’s concerts always bring up an incredible atmosphere, which attracts audiences from every corner of the globe who come together to share and experience beautiful music, song, laughter, dancing and a few tears!

As always, CinemaLive’s programme featured a host who introduced the show as well as conducted an interview with André the moment he stepped off stage, exclusively for cinema audiences.